The business is by no means new.

Edmonds, a 2009 graduate of Cape Girardeau Central High School, founded Brickwood in April 2016 at the Indie House a few blocks away at 605 Broadway.

The entrepreneur, a University of Mississippi graduate who also spent two years at the University of Missouri-Columbia, is the daughter of Chris Edmonds, Founder/President of Element 74, now part of Red Letter Communications.

Edmond’s father and other family members gave her direct advice that she wanted to follow.

“The advice was to start as small as possible, which is why I started with about 500 square feet in the smallest rental space in the basement of Indie House,” she said.

“It was sort of a pop-up store there, except I had regular opening hours. The place grew and I eventually moved upstairs to Indie House and took two rooms, essentially 800 square feet. Brickwood kept growing and we ended up with the entire top floor. It was important for me to follow that initial advice to start small and test my market.” 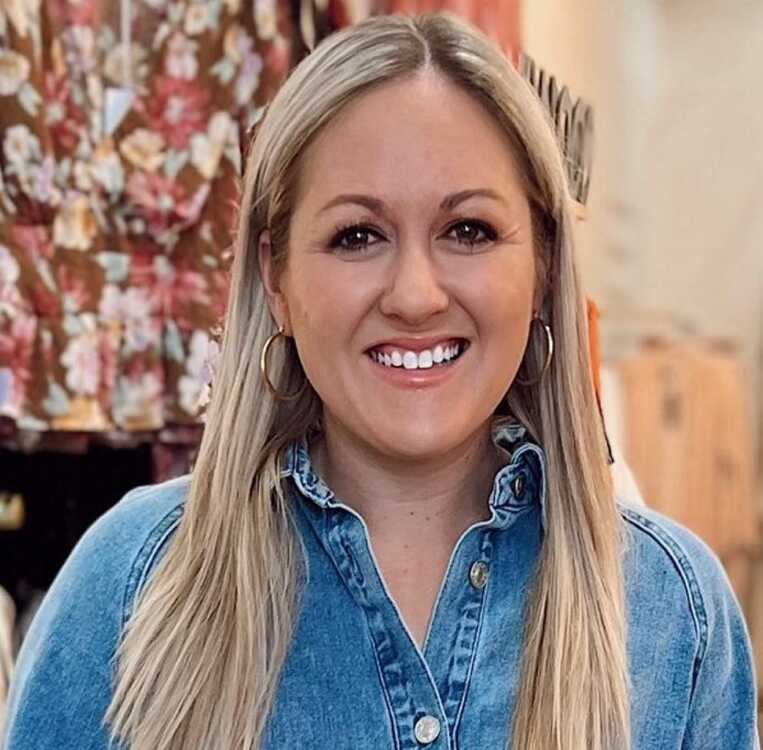 Christen Edmonds, owner/proprietor of Brickwood Boutique, opened a new location at Scout Hall on Broadway in Cape Girardeau on Thursday. Edmonds is from Cape Girardeau and will operate the women’s clothing boutique seven days a week.

Edmonds has been a small business owner for more than a decade, dating back to her college days.

“Long story short, in 2011 I made headbands and sold them to my fraternity sisters in Mizzou to fund my way to Africa for a church missionary trip,” she recalls.

“The headbands became very popular on campus. I’ve done a lot of trunk shows at events like Mom’s Weekends and other events. Honestly, the headbands were more of a casual deal, but I was starting to see interest from Missouri boutiques looking for information. We started a website for Bandiez Couture and it was sold online for a while,” Edmonds added.

The weekly newsletter focused on business in Southeast Missouri.

“My mom and grandma taught me to sew, and we chose unique fabrics for the headbands—spandex materials and lace—not just for working out, but for everyday wear on campus.”

“I’ve expanded my brand online and created a boutique department and got interested in the retail side of things. One of my vendors was Laurie Everett from Annie Laurie’s and she came up with the idea of ​​renovating the historic indie house. It wasn’t long before I was a tenant there,” Edmonds said.

“In indie house, it all started with Brickwood. The name came about because I wanted my store to be something that represented the house, the textures and the old architecture of the house so that when people walked in they would see a non-traditional retail space. I also thought that “Brickwood” was an easy name for people to remember, just two syllables, and if I ever wanted to expand, I wanted to have a flagship store.”

Moving to the Boy Scout Hall

“I’ve always looked for a real storefront to gain more visibility. I felt like I didn’t have enough space at Indie House, so for a couple of years I looked for other downtown locations,” she said.

“I sat with my dad and we did some sort of debriefing on Broadway and we saw the work being done across the street on what is now Scout Hall,” Edmonds explained.

A potential tenant had pulled out to take the last available space in the building formerly known as the Rialto, so Edmonds said she decided to sign a lease and move on.

“It’s an amazing location adjacent to the Courtyard by Marriott Hotel and really opens up the entire Cape Midtown,” said Edmonds.

“In the fall of 2019, just before COVID hit, I opened another Brickwood in Columbia and had a record spring. I kept the store for two years. The pandemic suffocated things and there was a lot of back and forth, a lot of travel. Also, Columbia hasn’t opened up to business as quickly as Cape. In the early months of the pandemic, there was no one in downtown Columbia for a very long time. I closed Columbia in November. When I signed the Scout Halle, I wanted to focus on a single location and continue to grow the online business www.brickwoodboutique.com,” said Edmonds.

The store, which opened on Thursday, has an on-site manager and three sales representatives.

“I serve a broad target market – high school students, college students, young professionals, mothers – and my grandmother shops there too. I get my inspiration from brands like Free People. I try to find expensive brands and find duplicates for them so they are affordable. I have women’s jewelry and accessories. I have a subscription membership, which I think is a unique feature of Brickwood, for $7.99 per month and subscribers can get 25% off anytime,” she said.

“I have a lot of experience in this business,” Edmonds said, citing her previous six years in indie house and her use of social media, which she describes as “extremely powerful.”

Want more business news? Check out B Magazine and B Magazine Email Newsletter. Go to www.semissourian.com/newsletters to learn more.